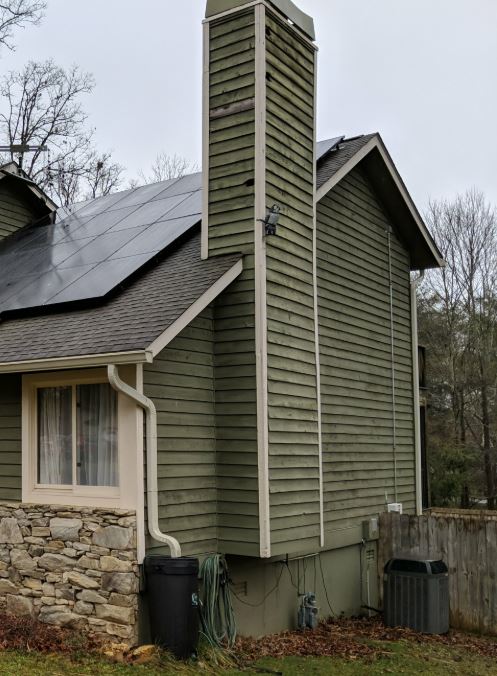 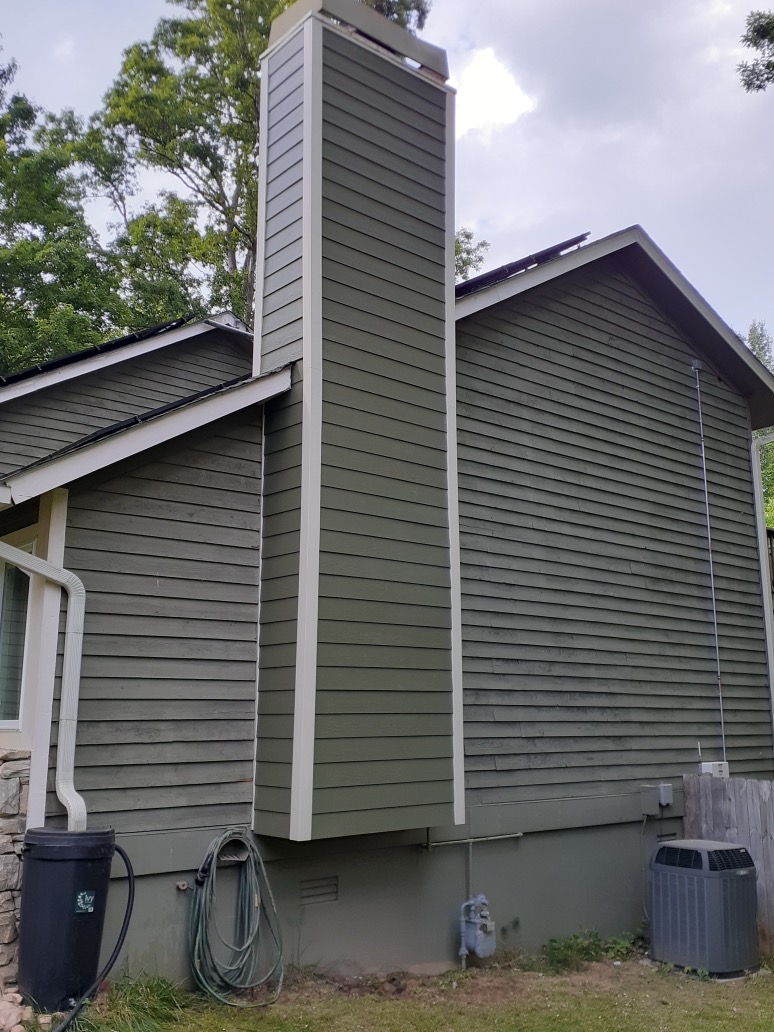 We received a phone call from this Fletcher, NC homeowner, who was ready to upgrade the siding on his home. When talking about his exterior goals with our team, he mentioned that his current wood siding had added & woodpeckers have begun to cause even more damage to it. Ideally, he wanted to replace his whole exterior with James Hardie siding, but he would need to do the chimney first, depending on the price.

After going through the estimating process with our team, the homeowners wanted to take a moment to review other estimates and see if this was an investment they were ready to move forward with. A few months had passed, but one day Hatch Homes received the call that the homeowners were ready to move forward with the project’s chimney portion for now, as this is where the most damage was. After signing the contract and putting money down for the project deposit, the project was scheduled.

Our crew began the tear-off in June of 2020; during the demo, it was discovered that the wood underneath the siding was rotten and would need to be remediated. After showing the homeowners this discovery, they agreed that it would be best to reconstruct the areas that needed to be replaced. Our team replaced all of the rotten wood before the siding installation could even begin. The project lasted one full workday from start to finish. Now the homeowners can rest easy knowing their new chimney stack is complete and budget for the rest of the exterior to be replaced down the road.