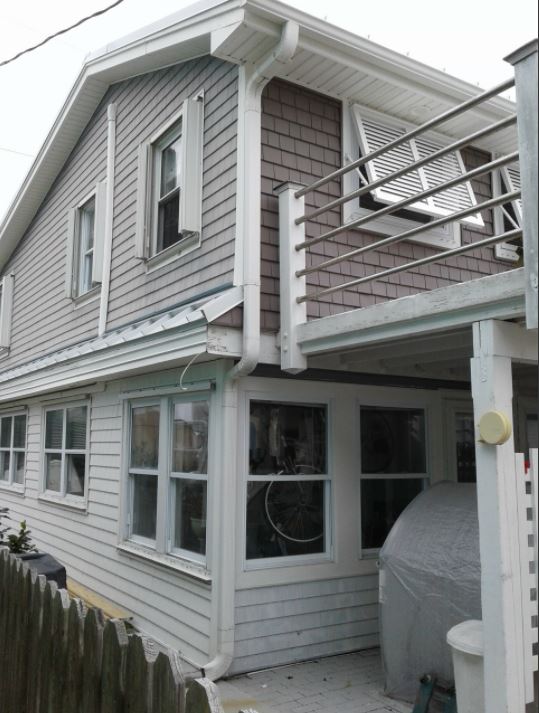 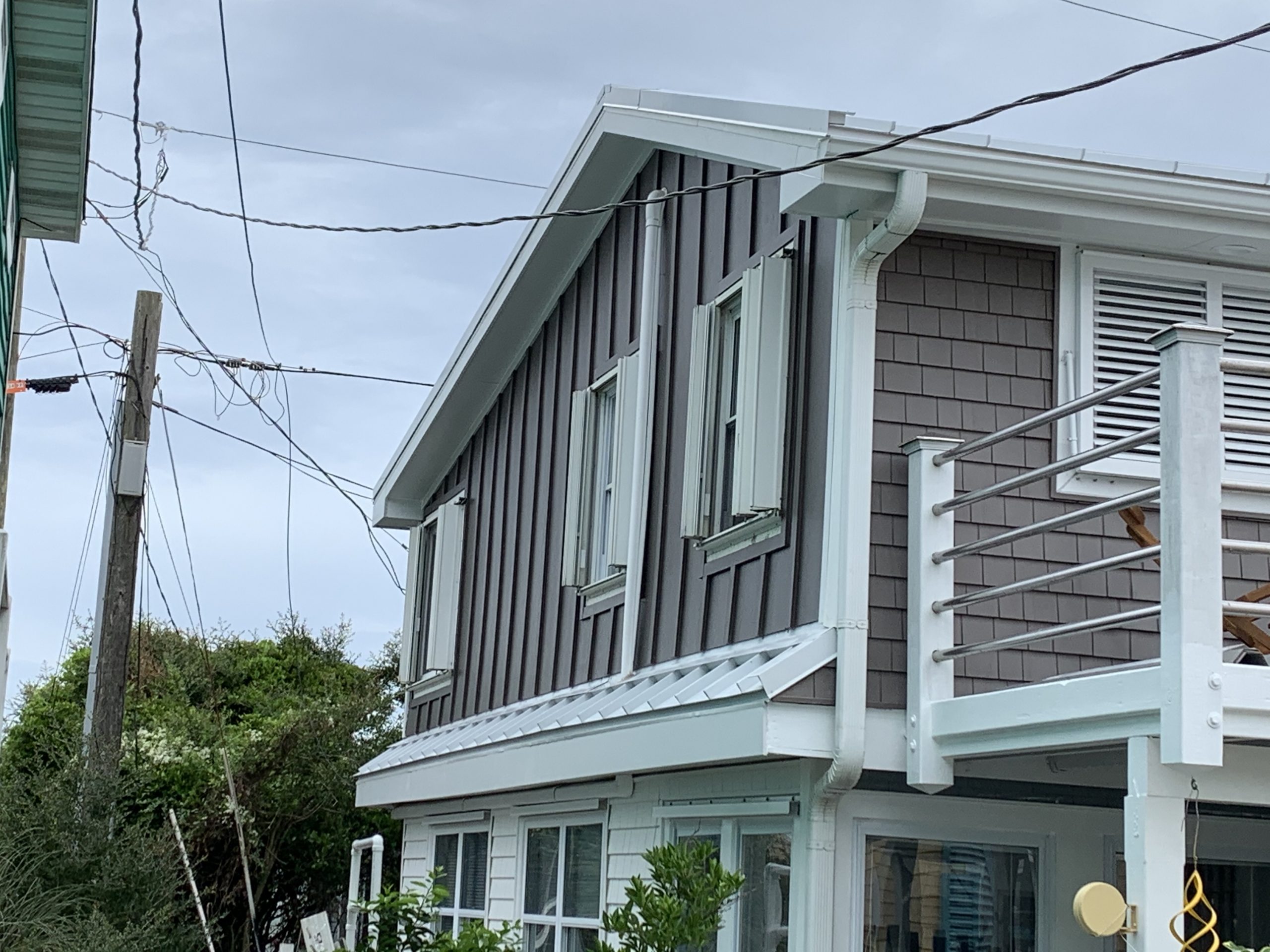 On some occasions, we are contacted by homeowners who have had part of their exterior remodeled but are ready for the other half to be done. This was the case with this small beach house in Kure Beach, NC.

The homeowner had a vision on how she wanted to take the beachy look of the exterior and upgrade it to a more modern meets traditional look; in fact, she’d been dreaming up this idea for years. While our company did not upgrade the other half of her house, we were thrilled she was contacting us for an estimate for the remaining half. Our office team was able to send a Hover invitation her way to obtain the needed photos and measurements for her property. They then set up an online project consultation via Zoom with this homeowner, so she could further discuss her vision with the sales team.

The homeowner narrowed down a few samples she wanted to see in between the project consultation and proposal walkthrough. We happily sent them her way in the mail so that she could compare the new siding colors with her existing house color. After a few months of consideration and comparing other estimates she had received, our team received the call that she wanted to move forward with us.

Our team could not begin her project right away, though, as the decision was made to wait until after the upcoming hurricane season had passed. Once hurricane season was coming to an end, our crew was able to help make her exterior goals a reality.