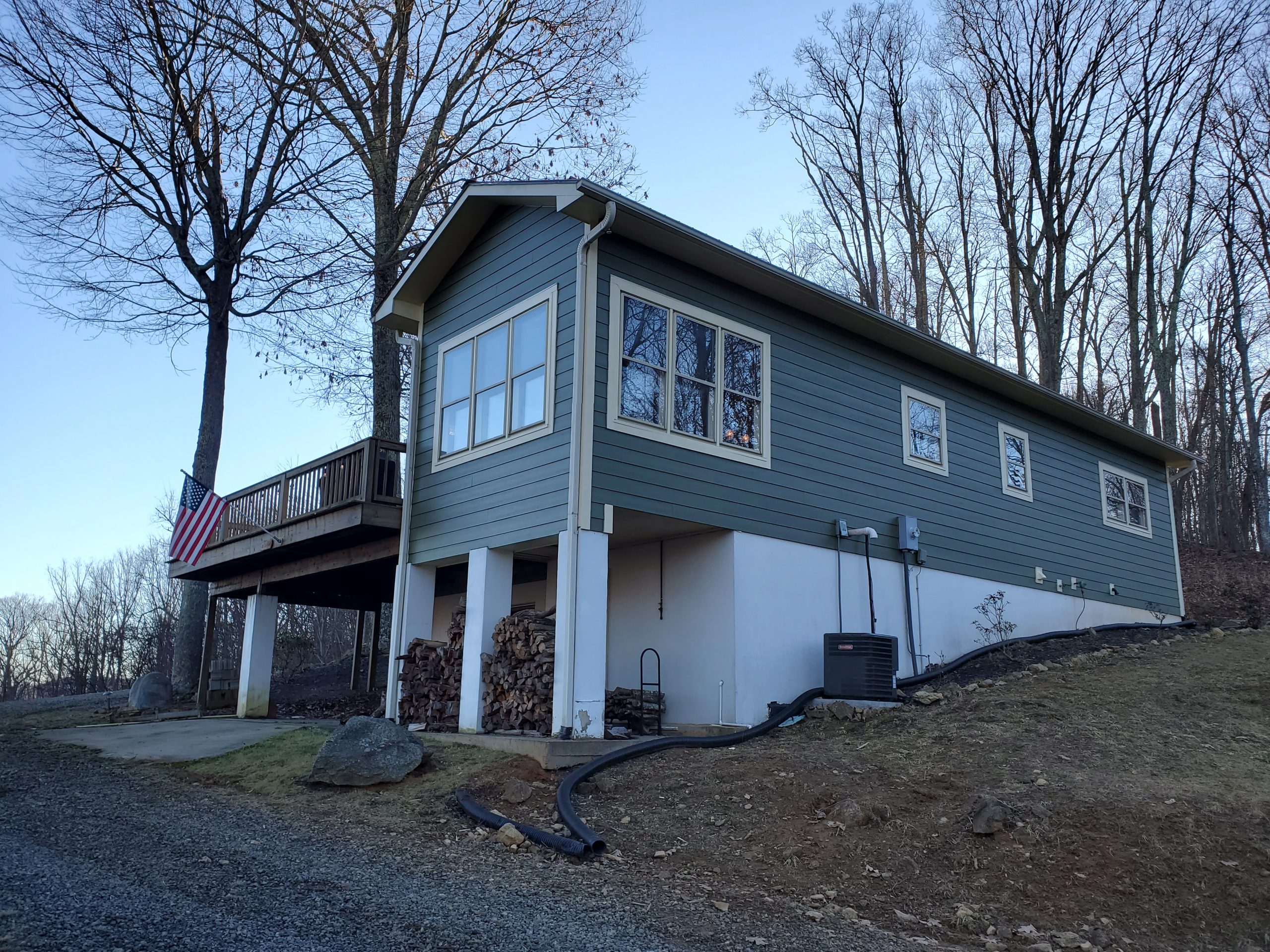 Not every homeowner wants to hire a company to install their siding. In fact, many people in the Carolinas who used to work in the construction industry or have a similar trade skill make them capable of doing their own exterior upgrades. When we first reached out to this homeowner, they were playing around with the idea of doing it themselves.

Our team went through the entire estimating process with the homeowners, just as we would with anyone else. However, it would take many months after delivering the proposal to this couple before we heard a response from them. After a lot of discussions, they contacted us and hired our company for their project.

This project had a few hiccups along the way, as their home is situated at the top of a mountain, so the material delivery took a bit longer than normal. However, once all the material was there, our crew was able to start and complete their project within one week. Now the homeowners can rest easy, knowing their home’s exterior is not only updated but enjoy the beauty of their surroundings from the outside in.